When did “I think he likes me!” turn into “I’m hot. Everybody wants me.“

When did “Oh, my butt looks so cute in these pants.” turn into “You wish you had my body, bitch.“

Society has done an amazing job of conditioning us to hear confidence as cockiness. Positive “I” statements as narcissistic. It’s frightful that a healthy self concept can be skewed so negatively. But it happens and the lower the self esteem of the other person, the worse it is.

In the behavioral neuroscience courses I’ve taken, many of us struggled with understanding sensation vs. perception. The take away from all those lectures was that perception isn’t necessarily reality. It may not have anything to do with what actually happened. The example in class was of an experiment where people listened to a piece of classical music and then reported their mood afterward. Same stimulus, but many different perceptions. People reacted to the same piece of music differently – some fell asleep, some were crying tears of joy, some became angry, others sad and so on.

Much like the classical music, the positive “I” statement also goes through that auditory pathway into the sections of our higher brain that gives the statement meaning. The meaning comes from our own experiences and core beliefs. How we perceive the words may have nothing to do with the words themselves or the person they came out of.

There’s a Greek expression my father used to say – He who has fleas feels itchy. Essentially, if someone has something in their mind (fleas), their reaction is going to reflect that (itchy). Itchy is their state of being. So, if you make a statement of self esteem and the person you say it to has a low self concept or suffers from cognitive distortions, their filter is going to assign a negative meaning to it. It will become evidence that they aren’t good enough. They will mind read you and assume you think you’re superior to them. They might even call you names and tell you they want nothing to do with you. Being around you doesn’t make them feel good because they don’t like the mirror you have become for them.  Nothing you do or say is going to change that. In the end, they need to take a hard look at their own reflection instead of flipping it back onto you. 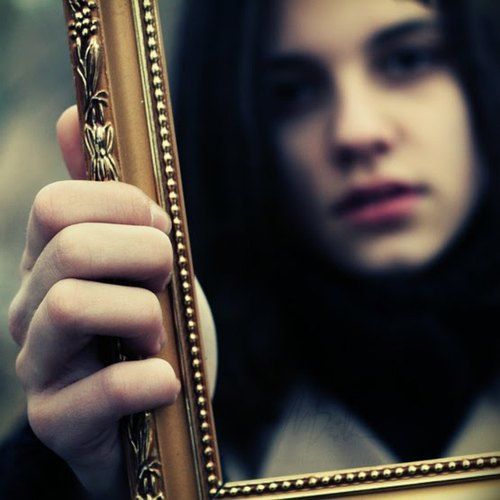 You are absolutely allowed to acknowledge your accomplishments and take pride in your traits. We are all little works in progress. The more support we give each other, the more likely it will inspire growth and self love. I look to people who make positive “I” statements and feel inspired. In my head I hear “I should try that” or “Oh, that makes me want to write again” or “I wonder how I would look with that hair cut.” But I wasn’t always like that… 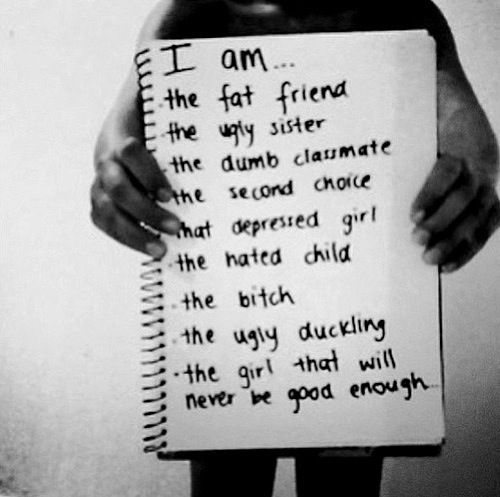 Between the ages of 19 and 22, I suffered from dysthymia or what is now called Persistent Depressive Disorder. It’s a chronic low grade depression that casts what feels like a shadow over every area in your life. My self esteem was almost non-existent and my thoughts were extremely negative. I walked around with a pervasive sense of hopelessness. I definitely perceived everything and everyone through that filter. I had a close friend who was gorgeous. She had body confidence for days, could talk to just about anyone and got the attention of boys/men wherever we went. Being in her company made me acutely aware of all the things I felt I wasn’t. I would get upset or border on crying many times we would go out. I would tell her things like, “You just want everyone. Let me have someone too.” She would look shocked, tell me I was also beautiful and could have whomever I wanted, but I felt like she was just telling me these things out of pity. I perceived the tone of her voice as patronizing. I would ask her why she was talking to me like I was some kind of loser. She would give me this look of confusion mixed with annoyance, which made me scared she would stop being my friend. I would apologize profusely and then compliment her repeatedly. I perceived her as being annoyed with me all the time. It got to the point that I felt so self-conscious being around her that I decided to stop talking to her. I didn’t return her calls. I didn’t make any effort to reach out to her. I needed to relieve myself from the anxiety and lowness I felt when I was around her. None of this was her fault. She did nothing but be herself; a self that I couldn’t be. My depression and distorted negative thoughts convinced me I had no business being around her. In one of the last voicemails she left me, she was semi crying and asking what happened; how it hurt her to not know what she did to make me disappear. It’s really sad and messed up. As I look back on that period in my life, it makes me see recent experiences with former friends in a different light. It’s easier to forgive when you’ve been in their place. It’s easier to have compassion when you know what level of lowness their words and actions toward you came from.

These experiences helped me see how far I have come from that dark time in my life and taught me to be more compassionate for that suffering when I see it and experience it in others. If I could say anything to that friend now it would be, I’m sorry. I had a lot of issues and you were a good friend to me despite it all. You didn’t deserve to be treated like that. I hope you can forgive me.

And to those former friends who treated me in kind, I forgive you too.