What began as an MTV reality show documenting the use of fake online profiles to hook people into romantic relationships has become a widely accepted term for a clinically relevant phenomenon. It wasn’t until the second season of its airing that mental health awareness PSA’s started appearing in some of the episodes. Many of the “catfish” and their victims suffered from mental health issues, which made them vulnerable to engaging in the behavior as well as falling prey to it. The emotional impact of revealing the deception also had an adverse effect on mental health. This only served to intensify the drama and pain being witnessed and made it almost irresponsible for the network and viewers to ignore for the sake of entertainment.

After watching all seven seasons of the show and using criteria from The Diagnostic & Statistical Manual of Mental Disorders, 5th Edition (DSM-5) it became clear that a handful of conditions perpetuate and maintain catfish behavior and falling prey to it. 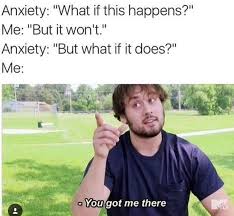 Anxiety is a mental health condition that’s easy to empathize with because fear can be such an overwhelming emotion. It has the ability to paralyze people from interacting with each other in order to avoid the rejection or ridicule they fear will happen if they do. This was the case for the catfish who reported creating fake online personas to have anxiety free social contact. Diagnoses like Social Anxiety and Panic Disorder can close people off from the outside world. Creating a profile where they don’t have to be themselves is a relational strategy to create “safe” connections with people. Unfortunately, this safety behavior can still have negative consequences even if the person’s deception isn’t revealed. The avoidance of authentic connection to manage anxious distress keeps a person trapped in their negative and fear based thought spirals. And when a meaningful love connection occurs through deception, self-esteem takes a hard blow because the person hasn’t really fallen in love with the real YOU. This painful truth reinforces core beliefs of being unlovable and the fear that if people knew the real you they would run the other way. Imagine how that fear is confirmed when the catfish is confronted and “rejected” by their online romantic partner. When you behave in a way that elicits the negative thing you believe in or fear the most it is known as a self fulfilling prophecy. The only way to prevent that from happening is to challenge or reality test the fearful beliefs and change the behaviors that supports them. It’s hard to do that when trapped behind a screen. 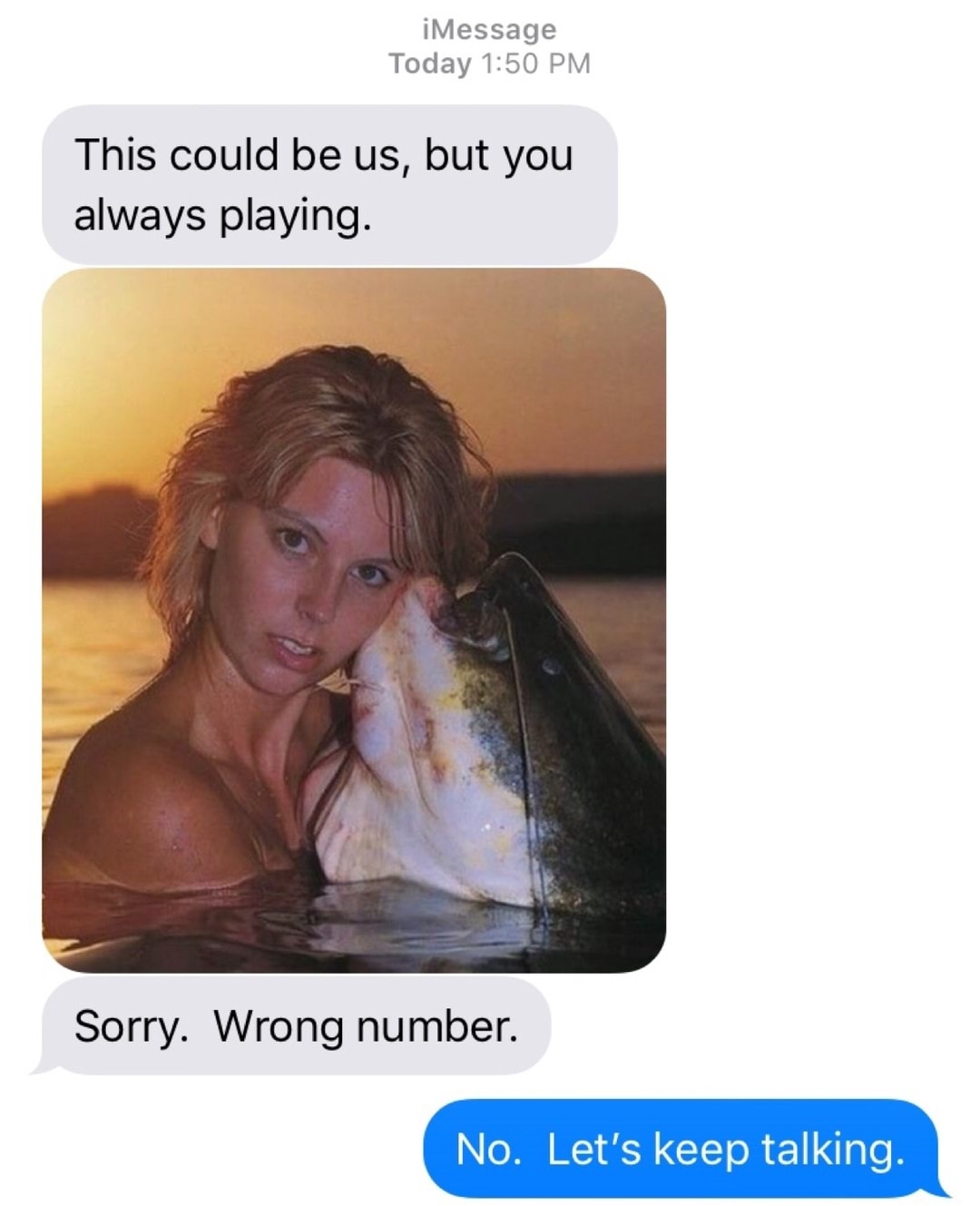 Anxiety and depression go hand in hand. Some symptoms of depression that underlie catfishing are low self-esteem, social isolation, worthlessness, and persistent negative and distorted thinking about self and others. One of the catfish in Season 1 had used his online connection of ten years to a girl he never met as a means of coping with depression and suicidal thoughts. He felt self-conscious and suffered from low self-esteem due to his weight. He assumed what the girl would probably think and feel about him if she saw what he really looked liked. This is a type of cognitive distortion known as mind reading. Finally meeting her in life challenged a lot of the beliefs that were keeping him from video chatting and meeting up with her. Another catfish had adopted an identity that she felt represented all the things she wished she was and got to live that imaginal “perfect” life through the profile to escape her depressive reality. On the flip side, some of those hooked by catfish also suffered from low self-esteem and depressive thinking. When an awesome, exciting, and beautiful person started complimenting them, they wanted to believe it was the real thing. Their mood and self worth became dependent on the external validation provided by the catfish. Revealing the deception triggered a downward spiral of hopelessness, worthlessness, and despair for some of the victims. Sadly, they are likely to fall prey again if they don’t learn how to cultivate validation from within. Sorry, Nev and Max, but those two month follow up video chats where everyone reports how great they’re doing – probably not that accurate.

Some of the most dramatic episodes involved people who catfish for revenge, to get a boost of attention, or to manipulate the victim into providing them monetary support. These catfish are in line with the cluster of personality disorders characterized by their “erratic and dramatic” behavior. Now for the disclaimer – in order to properly assess and diagnose someone with a personality disorder a mental health clinician has to take into account a lot of information including developmental history, family dynamics, trauma exposure, and a host of “rule outs” of other disorders that better explain the problem behavior(s). Moving on…

The three most commonly known disorders in this cluster are Borderline, Anti-Social, and Narcissistic Personality Disorder(s). Catfishing as an act of vengeance for being “wronged”(e.g. one catfish created a fake profile for the purposes of emotionally and financially destroying an ex who had cheated) or to test the limits of one’s love without regarding how that will impact the other person could be interpreted as “borderline” behavior. That shift from love to hate and back again speaks to that erratic emotional state experienced by someone with the disorder in response to perceived abandonment or rejection. The resulting behavior could include threatening to commit suicide or self-harm to keep the other person concerned about them, creating an illness or injury (i.e. what Max referred to as the two C’s – cancer or a car crash) as an excuse that will prevent the person from rejecting or abandoning them, or giving ultimatums such as demanding that the person move, travel large distances to meet them, or make grand gestures to show that their love is “real” only to have the catfish stand them up or disappear for a time. This kind of emotional roller-coaster and instability is a disaster for both the catfish and the people they hook. They aren’t capable of stopping cold turkey without truly wanting to get off the roller-coaster. They will also need some intense therapeutic support to learn to manage their emotions and change their behavior.

And now for the scariest of catfish…

Both Anti-Social and Narcissistic Personality disorders have some level of what is known as schadenfreude or deriving pleasure from someone else’s misfortune. Criminal behaviors like assuming someone’s identity to commit fraud (e.g. one catfish manipulated multiple victims to pay her bills and buy the things she wanted, then glibly blamed them for falling for it) or to slander a person’s reputation for “fun” (e.g. one catfish was arrested when she orchestrated a sexual encounter between a well-known athlete and a woman she didn’t know was a minor resulting in him being labeled a pedophile and almost destroying his career) display a lack of empathy and manipulation of people’s emotions to inflate a fragile sense of self. In one of the episodes, a victim whose identity was being used by a number of catfish expressed how a stranger grabbed her on the street and demanded to know why she had stopped talking to him. The woman became so guarded that she barely socialized or went out alone. While one of her catfish was confronted and the fake profile dismantled within a few days, this woman’s hypervigilance and the blow to her sense of identity will probably take a much longer time to undo.

The Catfish relationship take away…

The show identifies a number of “red flags” (see above) to look for when talking to someone online, whether you’re interested in dating or friendship. It also provides a few helpful investigative strategies to use if you suspect that the person might be a catfish. That being said, I think it’s important to also set what I call safe expectations before trying to date anyone on an online platform or app.

Your safe expectations should keep in mind the following three statements:

Don’t question your judgment with this. It takes time to get to know someone and that offer of all your hopes and dreams in a “perfect” package right from the beginning is just not realistic. If it’s the real deal, this person will not become upset if you slow the pace down. They will also not react with anger or ghost you when you set a limit. Using the phrase, “I’m really enjoying the process of getting to know you” followed by the limit you want to set shows a healthy boundary and sets the pace by which you want to open yourself up to this person. Don’t fall prey to statements that push back at that limit with “loving” manipulation such as “but you’re the perfect woman and everything I’ve been looking for…why are we waiting?” or “we’re adults and don’t have to play games.” Some version of these two repeat themselves in a variety of online dating courtships. If they get mad or ghost you, ’twas your gain in the end.

This is the opposite of “too much, too soon.” If you find that you’re spending a lot of time trying to make something as basic as a phone call happen, you need to take back your most precious commodity. It’s wasteful and emotionally exhausting. Use that time to engage in self-care and to meet someone who’s more present and available…and real.

Powerful is the mind and body (gut) connection. Our bodies sometime react before our minds have a chance to process the “warning.” If you find that you’re experiencing some kind of somatic reaction when interacting with someone, check in with yourself. I’ll share my own experience with this one.

A few years ago, I had been talking to someone for about a month and feeling what I thought was a deep connection starting to develop between us. As we were trying to lock down a date to meet up with much excitement coming from both ends of the phone, I ignored some clear physical reactions that only made sense after this person did the slow fade to ghosting. Mixed with his compliments and flirts were little passive aggressive statements. I wasn’t picking up on them consciously, but my body was reacting to them with what looked like a rash on my chest and neck. This rash had occurred in the past in response to a loved one splitting on me (i.e. shifting from loving to rejecting without understanding what I had done.) My body knew this person was going to split before my brain processed the evidence for it.

Trust in the wisdom of your gut – it’s primal and straightforward unlike the stories we weave and tell ourselves to rationalize or deny shit experiences. Leave the stories and the drama for reality tv.

Additional sources of information on the mental health issues discussed in this post: