The Oxford English dictionary defines emotional intelligence (EQ) as “the capacity to be aware of, control, and express one’s emotions, and to handle interpersonal relationships judiciously and empathetically.”

The above also sounds a lot like a goal of therapy – being able to put our feelings into words and communicate them to people in our lives in a direct, fair, and caring way, so that we can feel better about ourselves and our relationships. EQ treatment plans for everyone!

Inc.com’s Justin Bariso published an article in 2018 describing what qualities make up emotional intelligence based on research for his book, “EQ Applied.” Unlike our IQ, emotional intelligence is not fixed or stable throughout our lives. We all have the ability to raise our EQ through cultivating the qualities Bariso describes in his article. What I found interesting after reading his list was that even the most self-aware of us do not have all 13 qualities in spades. In fact, if all we had were the first three we would still be pretty decent humans.

These first three qualities of emotional intelligence from Bariso’s list are the following:

All three are also objectives of Cognitive Restructuring, a cognitive behavioral skill that helps us manage our emotions by monitoring the automatic thoughts that come into our minds in a given situation or context where they are triggered. The “pause” aspect would be where the therapeutic work takes place. You take the time to examine the thoughts that come up and their associated emotions in order to understand the where, what, how, and why. They are the building blocks of self-awareness. And now for the breakdown.

Where did these thoughts and messages originally come from? I call automatic thoughts “the tape recorder” because oftentimes these thoughts are messages we recorded about ourselves in childhood based on our parents’ and/or important people’s feedback. These messages were shaped in the context of early experiences and saved in our emotional archives. The “play” button goes off when present day experiences trigger those long recorded messages.

What are these thoughts saying about yourself and others? What are the emotions attached to these messages? Identifying the core beliefs underlying the thoughts and the emotions that come up pave the way for understanding how they developed and why they were useful in a particular time in your life. The belief that you’re only valuable if you take care of others may have been a way for a child to survive a neglectful upbringing, but in adulthood, that belief with all its associated thoughts and emotions could lead to codependent relationships, depression, and low self-esteem. One of the hardest aspects of cognitive restructuring is challenging these thoughts and messages. The fact that we call them “automatic” thoughts says it all – they are deeply rooted and habitual patterns of thinking that, like any habit, need time and work to break. The amazing thing is that our brains are capable of doing this with enough repetition and practice.

With a good base of self-awareness, we can learn how to communicate both positive and negative feelings in a healthy and constructive way to other people. This skill also takes time and work to develop because much like our automatic thoughts and emotional triggers, our patterns of relating to others are also habitual. It’s on a whole other level when the people we are relating to remind us of our parents in some way. For this reason, these patterns are sometimes referred to as “repetitions” because they repeat dysfunctional communications formed in early life with our caregivers. A good portion of Bariso’s list (numbers 4-9 are listed below) encompass the above, but with some clarifications:

Being able to apologize is tied to the ability to forgive and move on (#10 on Bariso’s list noted as “forgive and forget”) which is another difficult thing to master. This is part of the therapeutic process of rupture and repair. The rupture is in the conflict – actions and/or words that caused pain and a rift between two people. The repair is in how you resolve and move on from what happened. An important thing to ask yourself in this process is what holding on to all that emotion is actually doing for you. What is useful about not forgiving or not forgetting? What’s holding you back from moving on?

Bariso’s 11th and 12th examples are also humanistic core values – honoring your commitments to self and other (i.e. keeping your word) and helping other people. His 13th trait is the ability to protect yourself from “emotional sabotage” which he expands upon in another article. Essentially this last trait is made possible by cultivating all the other ones on the list. The higher your emotional intelligence, the less likely others will be able to derail you even if they are master manipulators. Raising your EQ not only benefits your sense of self and your relationships, but also can have a ripple effect on the environment around you. Imagine if everyone was working to raise their EQ on a daily basis. Imagine if we evaluated EQ as an important, even non-negotiable characteristic for potential partnerships and friendships. Imagine what a whole bunch of self-aware people could accomplish if they all came together.

Sit with that and let your mind be blown a little too. 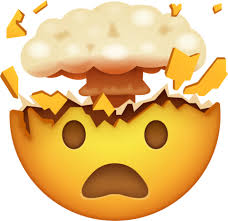